Beer… For a long time it has been an essential part of the humankind history. Believe it or not but this foamy drink has already been quenching thirst and boosting energy of people six thousand years BC (according to archaeologists), so you can't help but respect it. It would be fair to say that beer production is part of the cultural heritage of the world. It is an art of combining ingredients and fermentation time in a mathematically precise sequence blended with special love and commitment to create a signature masterpiece.

Danish brand Carlsberg is considered one of those masterpieces. Its story starts with Jacob Christian Jacobsen, the son of a brewer in Copenhagen, going to Munich to study under Gabriel Sedlmayr, the grandmaster of brewery. The family legend has it that Jacobsen brewed his first lager in his mother's copper wash basin on his return. Then, he went back to Sedlmayr, where he managed to get two pots of yeast.

Officially the Danish brand was created in 1847, when Jacobsen, being in love with beer, founded his own brewery, choosing the high quality of water on the hill, today known as Frederiksberg Hill, for probably the world's best beer. As for the name of the brewery, Jacobsen used a combination of the name of his five-year-old son Carl, and the Danish word "bjerg", meaning "hill", thus Carlsberg translates from Danish as "Сarl's Hill".

The Company founder, Jacob Christian Jacobsen himself, impersonated by the famous Azerbaijani actor Shahin Sarkarov, spoke about the historical stages of Carlsberg's creation, exploring and development in his welcoming speech. As if they have traveled through time, the guests were able to delve into the atmosphere of the birth of the Danish masterpiece, crowned with foam, being the most valuable world recognition for Carlsberg. 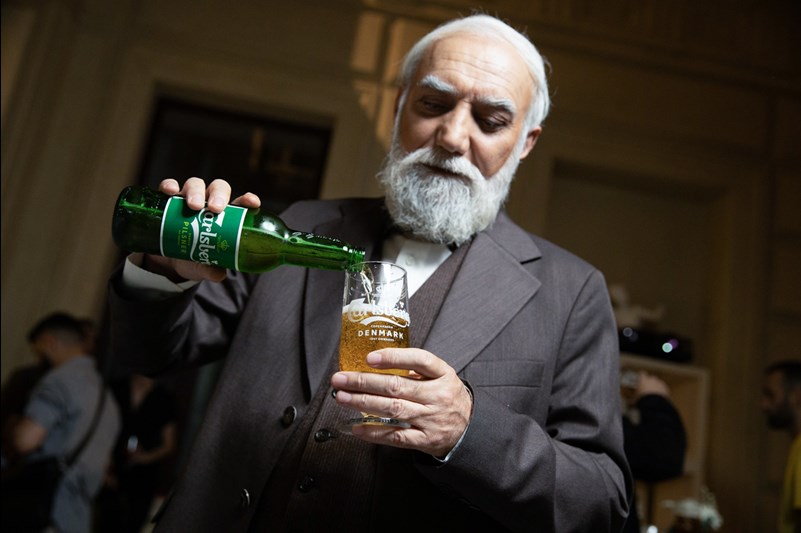 Living up to him is the main principle, constantly confirmed by the ideology of Carlsberg, based on a scientific approach and new technologies in brewing. The words from Jacobsen’s will are inscribed in marble above the entrance gate to Carlsberg's headquarters:

“In working the breweries it shall be a constant purpose, regardless of immediate profit, to develop the art of making beer to the highest possible degree of perfection in order that these breweries and their products may ever stand as ideal models and so, by their examples, assist in keeping the brewing of beer in this country on a high and honourable level.”

For 175 years Carlsberg has been following the precepts of the "Golden Words", delivering the high standards not only in the beer production, but also in scientific research. It has been well said that there is a drop of Carlsberg in every variety of light beer, thanks to the outline of the method of pure yeast culture breeding and propagation published by Jacobsen. This method was groundbreaking in brewing. Samples of Saccharomyces Carlsbergensis yeast culture were sent to breweries around the world upon request, and young brewers came to Copenhagen to adopt the best practices of Carlsberg. Thanks to his laboratory, the world has been using the designation of the hydrogen index (pH) for almost a hundred years. 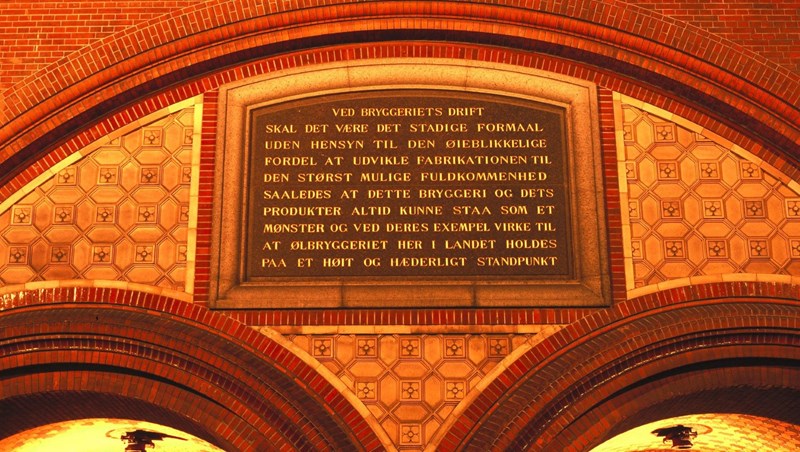 But the attention of the Carlsberg's owners was not limited to scientific research. Pioneer research and discoveries, social projects and individual scholarships to talented writers and artists have been the focus of the Carlsberg Foundation since 1876, as it is investing in the future.

Because the key to a successful future is always in the present day. The speech of the Managing Director of Carlsberg Azerbaijan, Alius Antulis, was dedicated to this very subject, as he noted that Carlsberg always does its best to make a positive contribution to the development of the economy and community in the markets of its presence. 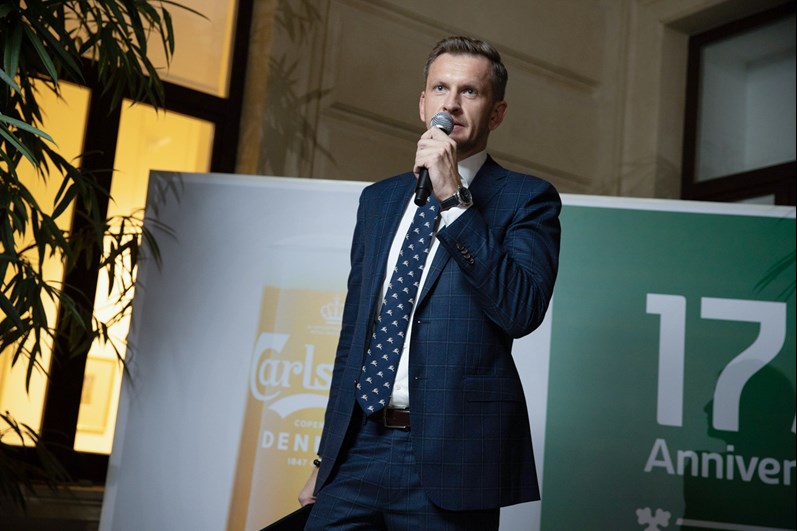 А.Antulis said that Carlsberg Azerbaijan has been part of the Carlsberg Group since 2008. More than 20 million US dollars was invested in the development of the plant entering the Azerbaijani market. This was one of the largest investment projects of the decade.

– We understand, – the Managing Director said, – that, being market leaders, we are its main driver and the responsibility for the development of the category falls on our shoulders. That is why, since the Group entered our market, the total investment volume has been more than 160 million AZN, and our annual tax payments are more than 35 million AZN. As part of the memorandum signed with the Ministry of Economy in 2021, we plan to invest more than 25 million AZN until 2025 in the development of the brewery and the market, and above all, in our people.

There's an old Danish saying: "We toast to our friends and those we know. And those we do not know, them we toast with." It is a fair assumption to say that this evening was a clear proof of the depth of these words. The guests enjoyed talking, exchanging opinions and sharing their own "Carlsberg experience" with plenty of "barley-hop shades".

After all, the famous green label has spread worldwide as probably the best beer, and despite its 175 years long journey, the Carlsberg brand always reserves the title of the pinnacle of excellence in the art of brewing driven by its perfect balance of taste, light and transparent color, gentle bitterness and pleasant hop flavour. 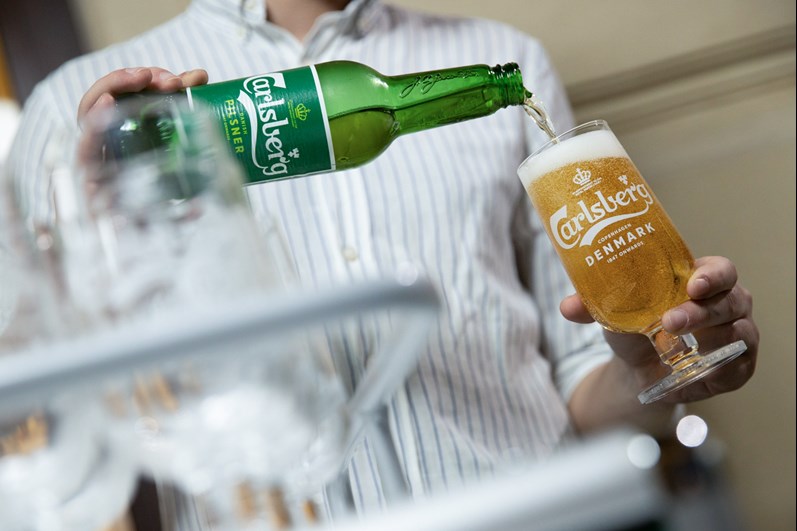 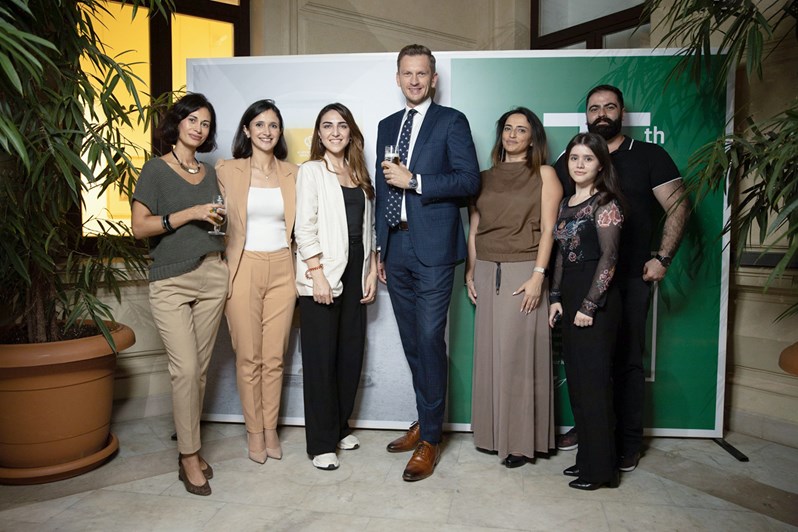 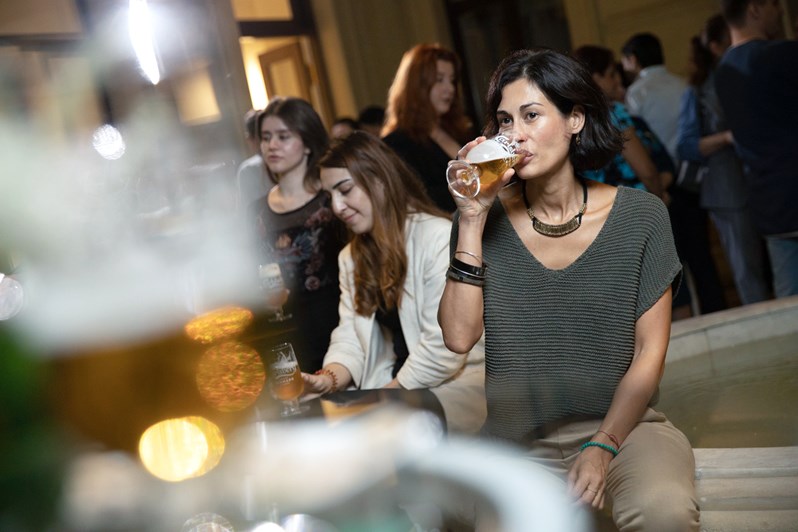 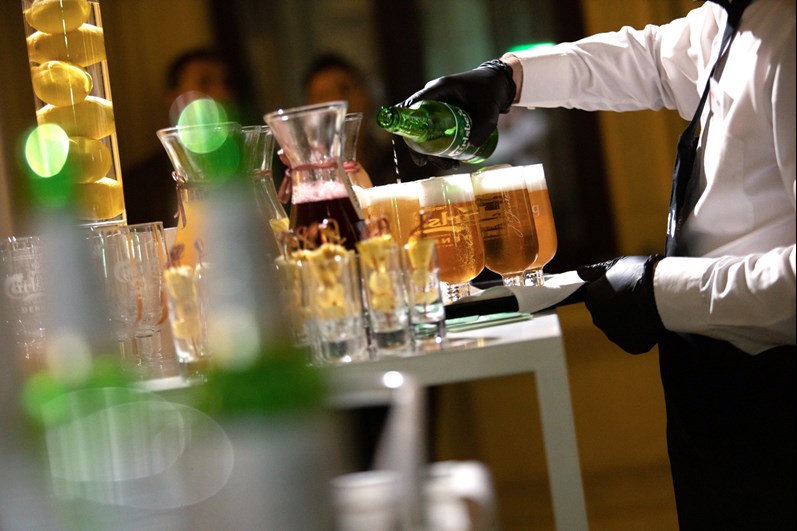 The Carlsberg Azerbaijan brewery is located in the city of Khirdalan, 10 kilometers from Baku. The production capacity of the plant is 8 million decaliters per year. The Company employs about 260 people and more than 3,000 jobs have been created in allied sectors (suppliers, retail, hospitality sector). The Company's portfolio includes such popular brands as Xırdalan, Carlsberg, Baltika, Əfsanə, Kronenbourg 1664 Blanc, Seth&Riley's Garage, etc.

Carlsberg Group was founded in 1847 and is one of the world's largest breweries. The Company's headquarters is located in Copenhagen, the capital of Denmark. Carlsberg Group has plants in a great number of countries in three major regions – Western Europe, Central and Eastern Europe and Asia, and its products are available in 150 countries. The Company's portfolio includes more than 140 beer brands. The total number of the Group’s employees is more than forty thousand.