Business of Carlsberg Azerbaijan revived to growth in 2017

In 2017, the Carlsberg Azerbaijan Company managed to stop the decline in sales volumes, revive the growth, as well as to launch a number of projects that will play a positive role for the company's sustainable development in the longer term. Carlsberg Azerbaijan keeps the leadership positions in the beer market of Azerbaijan.

In 2017, the company's shipments increased by 9 % compared to the previous year, which was due to both the normalization of the economic environment in the country and the series of important steps taken by the company's management for the optimization of the business and improvement of its efficiency.

The growth in the draught beer channel (on-trade) was undoubtedly an essential contribution to the overall result; the growth in shipments within the channel was about 25% in comparison with the previous year.

We should note that the year became significant for the company in terms of refreshment of the brands portfolio. As the largest brewery in the country and part of one of the world's brewing leaders, Carlsberg Azerbaijan strives to bring new varieties and tastes to the beer and drink market of Azerbaijan. Following a thorough study of the local consumer preferences, the company chose the best alcoholic and non-alcoholic brands being successful in dozens of markets of the Carlsberg Group: over the past year Azerbaijanis were offered brands such as Carlsberg, Kronenbourg Blanc, Holsten, Seth and Riley's Garage Hard Lemon in different packaging forms, and at the end of the year the company entered the energy drinks market with the Flash Up brand, that won strong positions in several Eastern European countries.

Traditionally, Carlsberg Azerbaijan pays great attention to the projects in sustainable development at the local level, as well as participates in global initiatives. In 2017, Carlsberg Azerbaijan within the global project of the Carlsberg Group, organized a selection of candidates for participation in the international educational program of Young Global Pioneers, which is supported by the Carlsberg Foundation. YGP Talent Network is an international educational program for future leaders aged 19 to 25 years. The program scored great success among young people and dozens of candidates from country's different higher educational institutions joined the selection process. 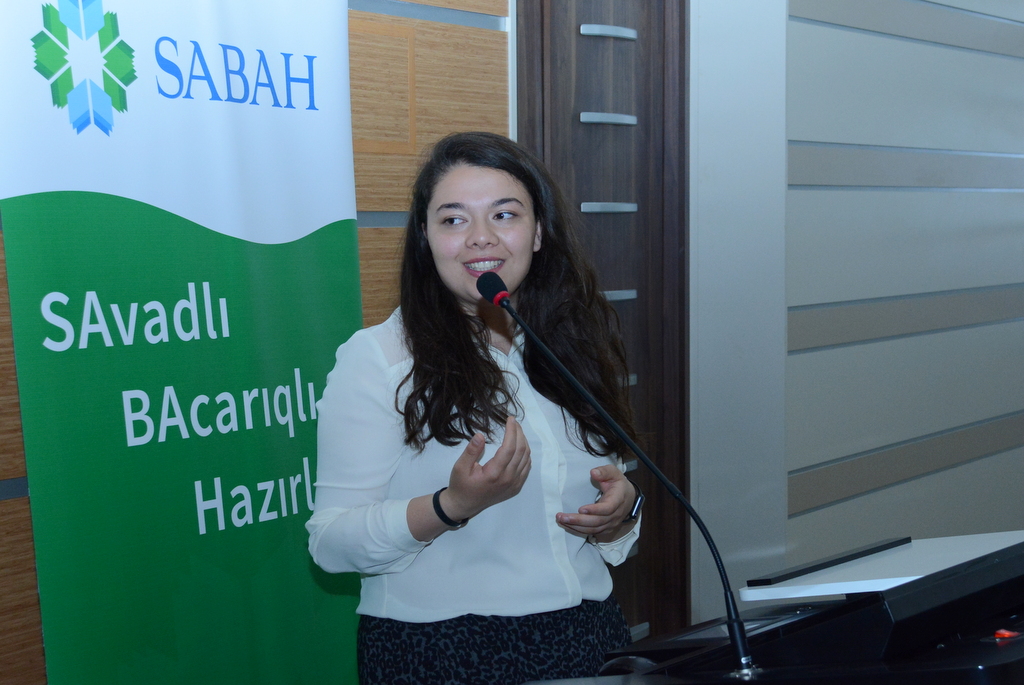 Also last year the company organized a project in the field of Responsible drinking, focusing on the issue of sober driving. The project was implemented as part of the Global Beer Responsibility Day, which is celebrated by the world's largest breweries since 2015. In cooperation with the UBER technological platform, Carlsberg Azerbaijan gave the opportunity to take a free taxi for 500 consumers who ordered Xırdalan beer in bars and restaurants of Baku.

At the global level in 2017, the Carlsberg Group launched a new large-scale sustainable development program titles Together Towards ZERO, which responds to global challenges such as climate change, water scarcity and human health problems. The program includes four strategic goals for all Carlsberg Group's companies and related targets: Strategic long-term goals - ZERO carbon footprint, ZERO water waste, ZERO irresponsible drinking and ZERO accidents culture. Carlsberg Azerbaijan also works according to the priorities of sustainable development program, implementing projects on water reuse, energy saving, elimination of risks associated with accidents at the workplaces and irresponsible drinking. Thus, in 2017, electricity consumption was reduced by 11.9%, gas consumption by 17.8%, and water consumption by 20.4% compared to the same indicators for 2016. 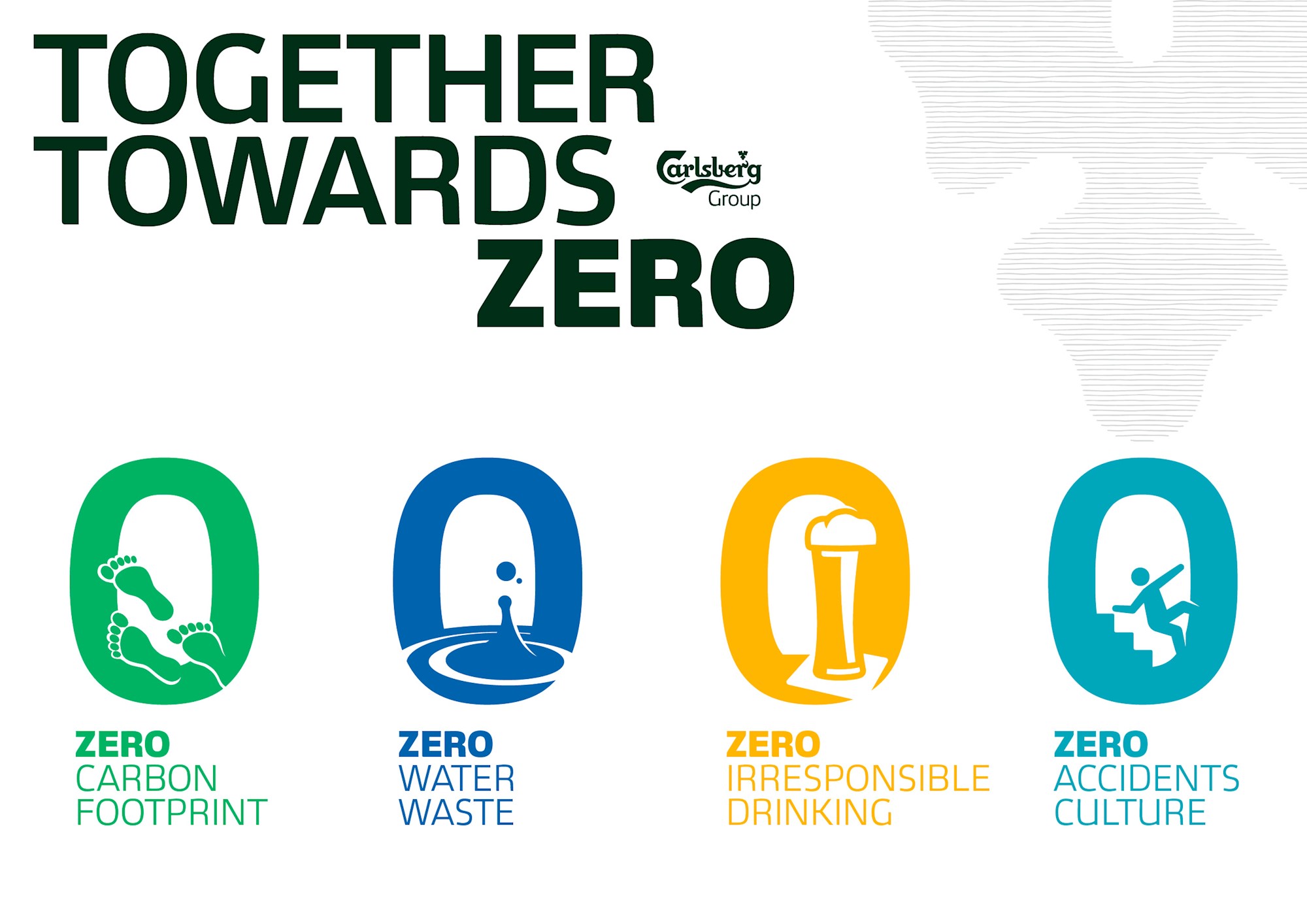 Vyacheslav Maltsev, CEO of Carlsberg Azerbaijan: "Within the past year, we have finally managed to stop the negative dynamics observed in the beer industry and, consequently, in our results, and I am pleased to say that the industry is returning to the growth. Besides the company's efforts, the strengthened dialogue with government authorities made an important contribution to the business normalization. It makes possible to get point of the brewing industry across the issues being vital for us, and as a result, to have a more consistent and predictable legislative regulation encouraging the development and the industry, as well as the economy in whole. Maintaining this approach is critical for us, as for a foreign investor; the development of constant dialogue and the state support means a lot in view of stability and assessment of the business prospects in a particular country."

The results of the Carlsberg Group in the Eastern Europe Region

Carlsberg in Belarus, Kazakhstan and Azerbaijan showed improvement in profits. As for the overall performance of Carlsberg Group in the Eastern Europe Region in 2017, the natural decline in net revenue by 1% is the result of 8% decrease in volumes, partially balanced by 8% increase in revenue per liter of the products. The net revenue in the financials increased by 7%, due to the strengthening of the Russian ruble.

Under the influence of less strong dynamics of the revenue per liter of products in the second half of the year and a high comparative base due to the weather conditions in the third quarter, the operating revenue naturally increased by 9.2%.

Carlsberg Azerbaijan brewery is located in Khirdalan, 10 kilometers from the capital of Azerbaijan. The plant's production capacity is 10 million decaliters per year, and the company employs about 250 people and about 400 are mediated (distributors, agencies, contractors). Carlsberg Azerbaijan's annual budget contributions are about 15 mln AZN, the total amount of the company's investments into the development of the plant is more than 48 million AZN. The company's portfolio includes such popular brands as Xirdalan, Tuborg, Baltika 7, Baltika 0, Baltika 9, Baltika 4, KULER, Efsane, Zhigulevskoe Firmennoe, Carlsberg, Holsten, Kronenbourg Blanc, Seth and Riley's Garage Hard Lemon.

Carlsberg Group was founded in 1847 and at is one of the world's largest beer producers today. It is headquartered in Copenhagen, the capital of Denmark. Carlsberg Group has factories in dozens of countries in three major regions of the world - Western Europe, Eastern Europe and Asia and its products are represented in 150 countries. The company's portfolio includes more than 140 beer brands. The total number of Group's employees is more than 42,000.